Francois Hollande Is No Mitterrand 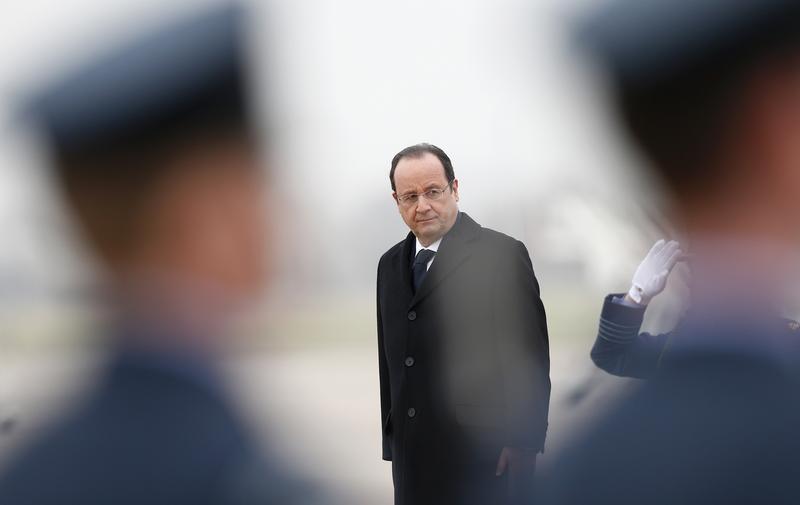 French President Francois Hollande’s amorous adventures in recent weeks have turned him into an international laughing-stock. Some Parisians claim not to care much about it, but longtime observers of French politics and cultural life are not persuaded.

Hollande’s personal life would be solely his business if it didn’t affect France’s political effectiveness. Getting caught in complicated relationships with different women is more than a celebrity escapade.

The French presidency dominates institutionally much more than in the American system. Despite Hollande’s assertion that “personal affairs should be treated privately,” a French president’s personal life can influence his political success — as demonstrated by the man he defeated in 2012, the erratic Nicolas Sarkozy.

Anyone whose private life is such a mess can take refuge either in boldness or diffidence. Ideologically, Hollande the socialist has just taken an unexpected, courageous pro-business leap. Now he must execute, including persuading those in his party and electorate who smell betrayal.

But psychological duress affects ability to focus, to be convincing, to apply pressure and to win out.

While Hollande flounders and fails at building an unassailable wall between privacy and accountability, other French and European leaders are dismayed, adding to existing doubts about his inexperience in government and international politics.

In a democracy the personal lives of top politicians cannot be entirely private. High office is a high honor, but it’s also a high responsibility that requires a sense of duty. One responsibility is probity and dignity. It’s not prudishness — a matter of being American or religious or bourgeois — to judge leaders by character as well as policy and strategy. Hollande asked to be elected president, accepting the constraints and scrutiny.

Of course, the discreet charm of the French presidency didn’t begin with Hollande or even Sarkozy. The behavior of earlier Fifth Republic presidents is often cited as mitigating circumstance. From Valéry Giscard d’Estaing in the 1970s through Francois Mitterrand and Jacques Chirac, French presidents have had colorful private lives. (De Gaulle proved to be the only one who was beyond reproach.)

A creative romantic and sexual life is said to be very French, and Americans nod admiringly or disapprovingly in our love-hate relationship with the country and the people.

Mitterrand is in fact Hollande’s model, politically and in many ways personally. Hollande’s career in government began as a junior minister in the first Mitterrand government in 1981, and it didn’t develop much after that. He was elected deputy a few times, but his main position was eleven years as Socialist party chairman — not necessarily a pivotal or powerful position in the party.

Without much gravitas to begin with, the public facade Hollande has developed — from particular modes of speech, to physical gestures — often mimic Mitterrand.

Mitterrand, however, was a heavyweight in personal as well as political terms. In France, his half-century political career began during World War II. In 1981 he brought to power an entire “Mitterrand generation” built up over decades. (Hollande being just one example.) In international affairs he had the respect of Helmut Kohl, Margaret Thatcher, Ronald Reagan and George H.W. Bush. He influenced European integration and the demise of communism.

Mitterrand was simultaneously a romantic and a political Florentine, a remarkably cultivated man from history to geopolitics to literature. He was a writer and an inveterate traveler with an elaborate calendar of favorite haunts domestic and foreign. He was, I can attest, interested in almost everything (except learning to speak English).

His bohemian inclinations were serious business. His private life was labyrinthine, not a mess. He had two real families: his legal wife and their two sons, and his common-law wife with whom he secretly lived for two decades, even as president. They had a natural daughter, so three children in all. There were many other women along the way.

All these talents and arrangements were exploits, acts of prowess even if they were also supremely egotistical and damaging to his wives and children.

Inevitably, Hollande suffers by comparison to Mitterrand, as a president and as a personality.

It would be overly simplistic to accuse Hollande of shallowness for dashing around on a motor scooter to meet his mistress; it won’t do to dismiss him outright because he came to power the least experienced president by far of the Fifth Republic; and it doesn’t disqualify him ipso facto that he’s become the most unpopular French president of the Fifth Republic.

Nevertheless, the French still want to matter and be admired in the world. Hollande must keep that in mind — and get his personal life in order — as he prepares for his visit to the U.S. later this month.