Alert: The Nuclear Agreement Is Risky for Iran Too 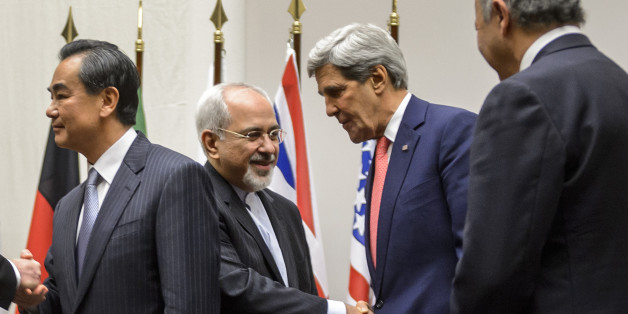 Is the “Joint Plan of Action” accord to curb Iran’s nuclear program a good agreement for the West and Middle East peace, or is the agreement, signed November 24 in Geneva, just the same treacherous Iranian wine in a fancy new bottle?

In other words, have the P5 + 1 governments (the five permanent UN Security Council members plus Germany) succeeded with an Iran weakened by economic sanctions, or is Tehran again playing Washington and its partners for suckers with the usual combination of smoke and mirrors, obfuscations and lies?

Instead of twisting ourselves into more knots imagining the risks for the outside world, let’s imagine how the agreement looks to the Iranians.

The fact is that the nuclear agreement is dangerous for Tehran too. In certain respects the Iranian regime has even more to worry about than Washington.

For that matter, Tehran’s hardliners could equally qualify Iran’s signature as a historic mistake. Tehran’s finger has been inserted into the gears as surely as Washington’s. Iran’s position is weaker than ever before, and its negotiators are alone on one side of the table facing not just the U.S. but five other negotiating partners, with other important states watching closely, beginning with Saudi Arabia and Turkey.

By signing an agreement, Tehran has legitimized outsiders’ rights to observe and widely inspect its territory, but so had the untrustworthy Ahmedinajad government. Nevertheless, the new groups of inspectors have arrived, and the Iranians know the game of smoke and mirrors can’t be repeated endlessly. Is this time around different?

A few significant signals have appeared.

Supreme leader Ayatollah Ali Khamenei endorsed the negotiation early on, calling for “heroic leniency” in dealing with the West. This sort of Orwell-speak is a North Korean specialty, but double-talk to the faithful is the way an ideologically fundamentalist government signals a real change in policy and musters popular support.

Former president Akbar Hashemi Rafsanjani, known to be more open-minded, said a few days ago that in the murky world of Tehran foreign policy, the hardest step was the very first, a small thing that was a big thing. Breaking the taboo against talking at all with the Great Satan, i.e. establishing direct Iranian/U.S. contact after thirty-five years of deafening silence, changes the game. “The second stage,” he added optimistically, “will be more routine.”

This week Foreign Minister Mohammad Javad Zarif, President Hassan Rouhani’s top nuclear negotiator, is on an unprecedented mission through the Persian Gulf region to convince Iran’s Arab neighbors, all Sunni Muslim countries long hostile to Shiite Iran, that Tehran’s new look is not a facade. Mohammed is, in a sense, going to the Mountain.

Prudent leaders know how to change policies that have become a losing proposition. Conceivably Tehran’s ruling clique has concluded the minimum: they will be better off limiting their nuclear program if only because outside economic sanctions are doing significant damage to Iranian domestic society, threatening the regime’s economy, thus its stability and very legitimacy.

But the balance of internal forces in the government may really have gotten beyond this siege mentality. Tehran’s strategic culture could be moving toward the judgment that the Islamic Republic’s future depends on reintegrating itself into the wider world. If the U.S. can reassure the Iranian leadership that regime change from outside is not the goal, then nuclear weapons—whose primary rationale is not regional hegemony but deterrence and self-defense—are not necessary. The means are subordinate to the end. If the goal is survival, there is more than one road to Rome.

Tehran’s leadership must fear the consequences of long-term strategic isolation. Iran has no geopolitical friends of consequence, only partial underwriters—Russia and China—that have nothing to gain from warm relations with Islamist fundamentalism, whether Shi’a or Sunni, and are concerned about their own Muslim minorities. Tehran’s long-time proxies, Syria and Hezbollah, have become thoroughly contaminated goods. They are more than ever security consumers, not producers.

Iran’s support for the Assad regime was always a marriage of convenience far more important for Damascus than Tehran. Western fears that Syria could be some kind of bridge between Iran and the Mediterranean region never made strategic sense. (What would Iran do on the Mediterranean?) Sympathy for Hezbollah has collapsed because of its support of Assad.

As for the unstable neighbor to the west, Iran’s ambiguous relationships with Iraq’s patchwork of religious sects, ethnicities, and Baghdad’s fractured Shi’a-dominated government is no basis for Iraq/Iran solidarity. Contrary to the assertion that an unstable Iraq is a great opportunity, Tehran’s leaders know it is a geopolitical hornet’s nest.

Finally, Washington’s current negotiation with Afghanistan to maintain a military contingent there is another warning to Tehran. If an agreement is reached, disrupting Islamist terrorism and domesticating the Taliban is the main U.S. goal. But containment of Iranian influence is second on the list. The recent Afghan Loya Jirga endorsed the value of an American long-term commitment.

In short, Tehran’s traditional go-it-alone strategy has backed the regime into a corner in which its freedom to maneuver is now minimal.

If the Islamic Republic’s old game is exhausted, if its future now depends on accommodation with the outside world, then credibility and trustworthiness of its commitments are fundamental. That’s the strength of getting them to sign a new agreement with tighter-than-ever outside control of compliance.

This fact in itself gives an edge to Tehran’s outward-looking leaders. It certainly works against reactionaries.

The remaining possibility, of course, is that Hassan Rouhani’s election with Ayatollah Khameni’s blessing (or lack of opposition) represents a decisive shift in mentality. Even the hardest revolutionary mindset mellows over time. No regime can hold out forever against the attractions of cosmopolitan international relations.

Permanent isolation in the world has no future. Engagement with the world does. Simple geopolitical truths ultimately play even in Tehran.