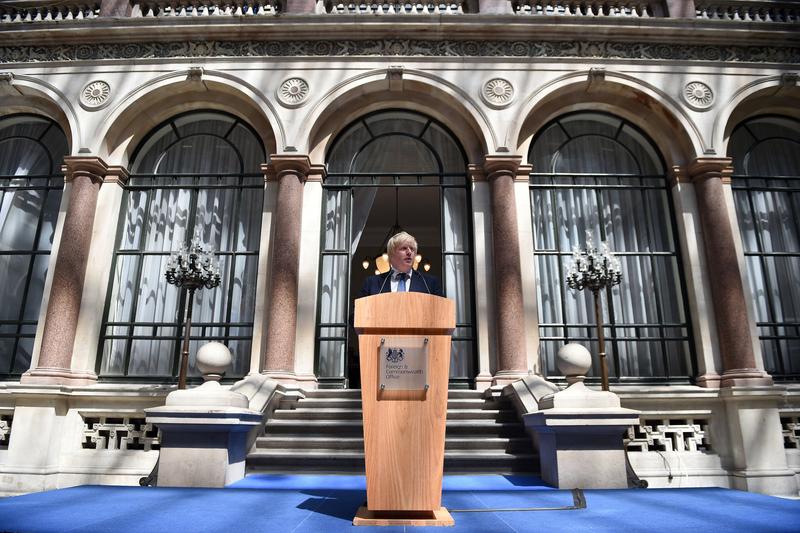 Brexit is not just an event, it’s a process. The decision to hold a referendum on leaving the European Union took years of debate to materialize. Likewise, the decision to leave will take years to work itself out in negotiations on the final status of Britain’s relationship with the Union.

Brexit, however, is not just about Britain. Momentous as it is, Brexit also represents a long-term trend in the development of Europe as a whole. The British decision to leave has to be seen in the context of the rise of nationalist, anti-integration, anti-immigration parties in many EU countries.

Britain’s exit doesn’t mean that the European Union is falling apart, but it’s now likely to be remodeled into something less ambitious than some of its more ambitiously Europeanist founding fathers had hoped. The future Union without Britain may be weaker in some respects, but removing the British Problem from EU politics may result in greater coherence and strength in other ways.

Beyond practical issues of economics and finance, what Brexit represents is, at bottom, the end of the founding fathers’ exalted ‘idea of Europe’. Brexit is the end of the post-WWII ‘European project’ as a vision of a new European economic, political, and even moral superpower in the world order.

This is paradoxical because the European Union is in historical perspective a young institution, a mere seven decades old. Historians may write up Brexit as part of European integration sorting itself out.

Contemporary European integration, along with rise and eventual collapse of Communism, was the major consequence of World War II. During the Cold War, Europe was divided into Communist Eastern Europe and liberal democratic Western Europe. Communism in Europe, including the Soviet Union, imploded in just a few years, 1989-91. With the end of Soviet control of Europe’s east, as the first president Bush put it, Europe had become “whole and free.”

At the core of Cold War Europe, the calamitous century-old German Problem was resolved. East and West Germany were reunited and the new Germany became a pillar of European stability. The formerly Communist countries of Eastern Europe soon joined NATO and the European Union. A weakened Russia became all that remained of Moscow’s empire — the rump state of the USSR.

Only in the Maastricht Treaty ratified in 1992 was the European institution renamed as the European Union. The new name expressed new ambitions for integration: deeper economic union (including the euro) and broader political union with reduced national sovereignty in many policy areas. But Maastricht Europe was still not what Europeanist idealists wanted, a full United States of Europe.

In fact, two visions of integrated Europe had always competed with each other; two conceptions of what the final product of European unification should be. The one was based on treaties uniting the nation-states toward a set of shared purposes, the other was the goal of a larger European framework, in effect a new European super-state.

France’s great leader Charles de Gaulle (president of France from 1958-1969) insisted that any coherent Europe had to be a ‘Europe of nation-states,’ in which national sovereignty would always control the European institution. Another Frenchman, Jean Monnet, was the godfather of the federalists, those who wanted a truly new Europe, a Europe “beyond the nation-state.” The idea was that the European continent should become ultimately a single European federation, something like the United States but based on Europe’s historical countries.

De Gaulle (and later British Prime Minister Margaret Thatcher) believed that a strong and legitimate Europe could only be the product of cooperation amongstates — such legitimacy would not result from merging them. The federalists argued that European civilization needed a renewed dynamism and sense of purpose. To be competitive in an era of superpowers required that Europe’s patchwork of medium- and small-sized states become a United States of Europe.

Gaullism, which could be called the first Euro-skepticism, is the idea that the fundamental unit of international life can only be nation-states built on historic peoples. A state is the national institution of a people, as in the French, German, or Polish people. To De Gaulle, the nation-state was genuine; a factitious European Union could never replace them. It could only be a shell organization run by faceless bureaucrats.

Brexit is in this sense an extreme Gaullist reaction. But Brexit is a complex issue because Britain is really the United Kingdom of four countries. Only England and tiny Wales voted to leave, whereas Scotland and Northern Ireland voted to remain inside. The latter two don’t want to be dragooned out of the European Union by a modest anti-EU majority in England. So Brexit is not simple.

Nevertheless, it’s important to understand that De Gaulle was not anti-European. He wanted a Europe of nation-states with their own histories, cultures and sovereignty. He never wanted to pull France out of the European Union. Never Frexit.

The federalists, once thought of as bright, shiny idealists, have been frustrated in their idea of Europe. Now Brexit seems to have turned the tide of history against them.

The high-water mark for federalism came a decade ago when a draft constitution was written and put up for ratification in 2005. The federalists who wrote it had to be canny, because so many opposed setting a goal of eventual full European federation. The constitution, in an attempt to make everybody happy, proposed a “federation of nation-states.” But ratification required unanimous approval and when the Dutch and the French voted it down, it became impossible. Ideological federalism received a mortal blow.

British Prime Minister David Cameron’s ham-handed referendum produced the exact opposite of what he’d intended. He wanted the personal glory of settling Britain’s relationship with the European Union “permanently” (because he thought he’d win). But he lost, and new Prime Minister Theresa May has to deal with the consequences of Cameron’s blunder.

Britain’s exit from the European Union means that the old contest between Gaullism and federalism has been outflanked by a tendency to genuine fragmentation.

But whether the idea of Europe is gone forever and the European project a dead letter remains to be seen. External events and trends intervene. In any case, the future lasts a long time, as de Gaulle once wrote disputing the supposed permanence of Communism and the division of Europe.